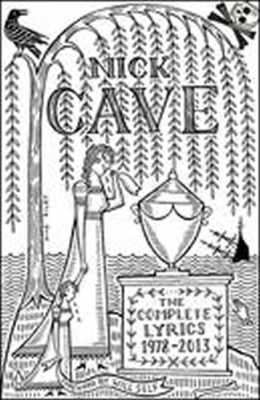 Popis
The complete collection of Nick Cave lyrics spanning his entire career, from 1978 until 2013, revised and updated by the cult rock star'He is an Australian artist like Sidney Nolan is an Australian artist - beyond comparison, beyond genre, beyond dispute' - from Nick Cave's induction into the Australian Hall of FameThis complete collection of Nick Cave's lyrics spans his entire career, from his writing for The Birthday Party through the highly acclaimed Murder Ballads and The Boatman's Call to recent work with Grinderman and his 2013 album, Push the Sky Away. Brought together in one volume, these lyrics make up one of the most outstanding achievements of contemporary music.Switching between the cynical and the sanguine, the defeated and the defiant, Nick Cave deals in love, war, beauty, children, romance, rejection, Pethedine, poetry, pants, money, flowers and so much more ...From the bestselling author of And the Ass Saw the Angel and The Death of Bunny Munroe this definitive collection will be adored by Nick Cave fans everywhere.'His lyrics deal with passion on the edge, and are peopled with mad bayou preachers, black-hearted lovers and killers. His language is rich, poetic, apocalyptic' Guardian'Richly poetic creations which live a second life on the page ... Essential reading' VoxNick Cave was born in Australia in 1957. He moved to London with his band The Birthday Party in 1990 and four years later he formed The Bad Seeds, with whom he has made 15 studio albums. In recent years he has made two albums with his other band, Grinderman. In 1999 he curated and directed the Meltdown Festival at London's South Bank Centre. He has also written the soundtrack for a number of successful films including The Assassination of Jesse James, Lawless and The Proposition. His novel And the Ass Saw the Angel was an international bestseller, Time Out's Book of the Year, and was reissued in the Penguin Essential series. His second novel The Death of Bunny Monroe was published in 2009. He lives in Brighton with his wife and two children.