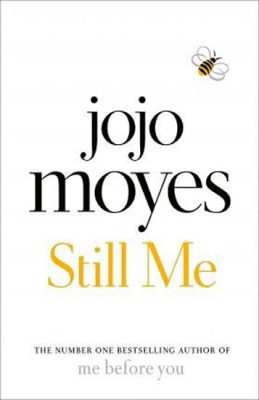 Popis
The third Lou Clark novel, following the number one international bestsellers Me Before You and After You. The third Lou Clark novel by Jojo Moyes, following the number one international bestsellers Me Before You and After You. Lou Clark arrives in New York ready to start a new life, confident that she can embrace this new adventure and keep her relationship with Ambulance Sam alive across several thousand miles. She is hurled into the world of the super-rich Gopniks- Leonard and his much younger second wife, Agnes, and a never-ending array of household staff and hangers-on. Lou is determined to get the most out of the experience and throws herself into her job and New York life within this privileged world. Before she knows what's happening, Lou is mixing in New York high society, where she meets Joshua Ryan, a man who brings with him a whisper of her past. In Still Me, as Lou tries to keep the two sides of her world together, she finds herself carrying secrets - not all her own - that cause a catastrophic change in her circumstances. And when matters come to a head, she has to ask herself- Who is Louisa Clark? And how do you reconcile a heart that lives in two places?