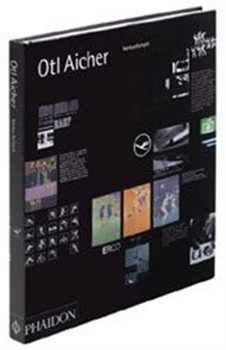 First monograph on German graphic designer and educator Otl Aicher. Long-awaited first monograph on German graphic designer and educator Otl Aicher (1922-1991), a key international figure in postwar design and a pioneer in the field of corporate identity and visual communication systems. Aicher is renowned for creating visual identities for dozens of major corporations, including Braun, BMW, Lufthansa and ERCO; for his design of the complete graphics programme for the 1972 Munich Olympic Games; and as the inventor of the popular typeface Rotis. Aicher influenced a generation of future designers in the 1950s and 60s at the Hochschule für Gestaltung (HfG), the school he helped to found in in Ulm, Germany; he also collaborated with British architect Norman Foster and counted numerous corporate CEOs as clients and friends. The most complete selection of Aicher's work in print: c. 300 illustrations carefully selected from thousands of documents in the Aicher archive and private collections, including previously unseen materials. Documents extensively 35 Aicher projects and includes essays by former Aicher clients and collaborators